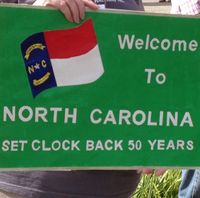 Last year this event drew 10,000 people, and was voted by The Nation Magazine as “Most Valuable Protest” of 2013.

Hosted by the Mountain People’s Assembly, a coalition of WNC organizations, and regional WNC NAACP Branches, this non-partisan program will highlight the destructive policies enacted by the North Carolina statehouse over the past year while strongly focusing on the voter empowerment campaign, “Moral March to the Polls.”

Featuring the Rev. Dr. William J. Barber, II, President of the NC NAACP and other guest speakers, as well as musical entertainment - like me, joined by Saro Lynch.